By Bruce Dreisbach On May 27, 2011 · Add Comment · In accountability, Christian community, honesty, integrity
Not too long ago, one of the largest and most prominent churches in an Eastern state was shocked by the moral failure of their senior pastor. The church was large, apparently healthy and growing. They had entered upon a $4 million expansion campaign to handle the multiplying crowds of happy, excited believers. One Sunday morning, the pastoral leader of this congregation got up and confessed he had been unfaithful to his wife. In fact, he had been having adulterous relationships with four different women in his church simultaneously. After his confession, he resigned.
Let’s be honest. It is all too easy for any of us to deceive ourselves. Left on our own, we see ourselves as the person we want to be, hope to be, wish we were. As Scripture tells us, “Surely the mind and heart of man are deceptive.” (Ps 64:6) I learned one of the most profound insights about human nature in college where I read this thought: “Man alone is sincere. At the entrance of a second person, hypocrisy begins.” Human nature seems to cause even the most honest of us into a pattern of “spin doctoring” where we try to put the best face on what is often a rather uneven performance as the person we aspire to be. We all need the dose of reality only trusted friends can provide so we can grow to be more and more like Jesus. We all need community so God can help us to become the kind of person we were created to be. 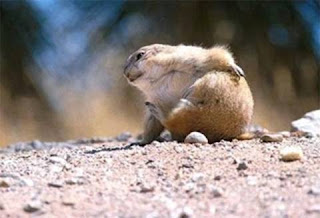 As Americans, we so love our independence. We want to be self-sufficient, competent, self-supporting, in charge, calling the shots. Yet its clear that everything about following Jesus requires developing certain relational skills. The short letter of 1 John does a masterful job of explaining this principle. “If anyone says, “I love God,” yet hates his brother, he is a liar. For anyone who does not love his brother, whom he has seen, cannot love God, whom he has not seen. And he has given us this command: Whoever loves God must also love his brother.” (1 John 4:20-21)
There are 285 imperatives, or commands, given to followers of Jesus in the New Testament. Every one of them concerns some aspect of how we are to relate to fellow believers or to those who don’t yet know Jesus. “Love one another, forgive each other, make allowances for differences, bear one another’s burdens, pray for each other, counsel one another, be patient, kind, rejoice in the truth, don’t keep account of wrongs. These and many other commands teach us how to relate to fellow believers, to those who don’t  yet know Jesus, to those who persecute us and to worldly authorities.
It becomes obvious that it is impossible to live out the qualities of life that define a follower of Jesus unless we are in relationships where we can learn to do this for one another. We need to be in community, in the context of a small group of friends who know us and love us, if we are to apply the things we learn in the Christian life in any meaningful way.
Who knows you as you really are? Who have you given permission to speak correction into your life?