I Know the Answer; What’s the Question?

By Bruce Dreisbach On March 16, 2011 · 2 Comments · In answers, does God work, Jesus makes a difference, questions
I heard a story about a young fellow who graduated from seminary and was appointed Assistant Pastor in a local congregation. Mike Murphy was thrilled that first Sunday to be called up front and introduced to his new flock. Then, much to his surprise and dismay, his new boss went on to inform the congregation, that Pastor Mike would now lead the children’s sermon for the morning’s worship service. 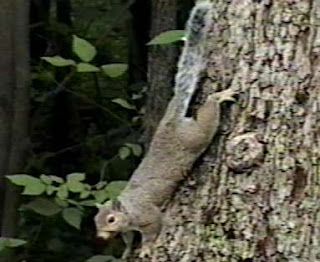 Pastor Mike bravely called all the children to come up front and gather in a circle around him sitting on the carpeted steps to the platform. He began his ad hoc sermon for the children like this. “Now children, today I am thinking about something that climbs trees and swings from tree limb to tree limb? Can you guess what it is?” A dozen pair of eyes stared up at him- no one spoke. “Well this thing has a fluffy tail which it uses for balance as it bounds through the forest treetops. Its furry coat is usually gray – can you guess yet?” Nothing but a dozen pair of vacant eyes gazing up at him. “This creature eats acorns and gathers them and hides them to eat during the long winter months…” His encouraging gaze is met by silence. Finally, one bright eyed five year old in the back of the group pipes up. “I know the answer is Jesus, but it sure sounds like a squirrel to me.”
Many of us are so sure we know the answer that we fail to recognize we don’t even understand the question. Generally, our lost friends are not asking if we can prove that God exists. Nor do they really care if we believe the Scriptures are God breathed and reliable. Most evangelical believers spend an inordinate amount of time trying to prove to each other that we have captured the Truth (with a capital T) and everyone else is wrong, wrong, wrong. Dead wrong. We are desperate to prove to seeking friends that if our Truth is right, by definition, their position is wrong.
Wrong question. That is not the question our seeking friends are asking. They want to know, “Does it work? Does it make any difference in your life?” One of the terrible consequences of the injection of Greek dualism into Christianity since the fourth century is that it is often so easy for us to separate our beliefs and our actions. Often we accept the new thinking of the Christian faith (our beliefs) without changing the way we live (our actions). I love the avaricious corporate wheeler dealer who spends all week skirting the edges of the law and squeezing the last dime out of business foes, and then has the nerve to drive his $120,000 black Mercedes to church on Sunday. Yes, it has the requisite plastic Icthus fish symbol on the rear end, but who does that fool? Christian greed is still greed. Christian schlock, is still schlock.
What difference does knowing Jesus make in your life? That is the relevant question our secular friends are asking. Take some time to think about that. Has Jesus affected your belief system but not had an impact on the way you live your life? Can you point to any behaviors that have changed since Jesus became real in your life? As the Apostle Paul exhorts, “My dear children, our love should not be just words and talk; it must be true love, which shows itself in action.” (I John 3:18)

2 Responses to "I Know the Answer; What’s the Question?"